How much music have you written?

I'm not sure. If I were to guess or go through everything in all styles and projects from the past until now I'm sure there would be at least 10 albums along with many bits and pieces of ideas.

Why are you releasing music now?

It's taken a long time to surrender to the fact that after all the learning, trial and error, experimenting, investment and everything else, it doesn't matter if it makes a penny or not. It's about the music itself and letting it be whatever it will to whoever listens.

It's about my own kids being able to have access to an important part of my life by leaving what I've created musically available instead of buried away on tapes, hard drives and computers that will probably vanish one day.

I think it's also about being satisfied with what I'm hearing during playback and moving on. If by chance anyone enjoys a song of mine the way I have from any of the artists I've listened to in my life, that would be a great accomplishment. It's always a good feeling when you discover good new music. There is so much undiscovered music out there it's insane. But people can and do find it that hunt it down.

In the end, it has to go no matter what. I am my worst critic. Time to let others have a go at me. I've been waiting over 20 years and counting for Peter Gabriel to release a new album. He's getting so old now I bet if anyone called the number on his website he'd fucking answer! But... love the man and still waiting.

What style of music is this?

It's whatever it is. I don't think about or target anything in particular when writing. I usually just find a mood or tempo I feel like getting into and go with it. There are things that are composed and arranged certain ways once I decide on what it should or could sound like. There really are no rules most of the time. I know what I like and try to get what is in my head coming out of the speakers.

Who are your musical influences?

I like good shit from people that have written and performed great music both with a band or alone. A short list would include Pink Floyd, Genesis, Talk Talk, Rush, Supertramp, John Lennon and The Beatles. I really like the solo works of Peter Gabriel, Roger Waters, and early Phil Collins. But throw on Tears For Fears, Oasis, Lenny Kravitz, Payola's, Paul Carrack, Zeppelin, Gorrilaz... If it's good... Let it play.

I can also have an 80's pop or British invasion station streaming in the background while I work and never miss a beat. I can just as well flip over to Groove Salad, down tempo music and enjoy that in the background too.

My respect for what Mark Hollis provided the music world with is huge both musically and remaining true to the art and not the industry. The album Laughing Stock pretty much explains it long before garbage like Radiohead was shit out. Also have a listen to The Color Of Spring.

Hollis once said, "You should never listen to music as background music. Ever. Late at night definitely. In a very calm mood with no distractions."  And, “Before you play two notes, learn how to play one note. And don’t play one note unless you’ve got a reason to play it.” - Mark Hollis

These are lessons in music.

UPDATE:
Recent news of the passing of Mark Hollis in February 2019 was deeply sad and an addition to Lennon's execution in December 1980 that reduced the amount of music delivering anything of substance, purity and meaning tremendously. Sorry kids, find what they left behind or anything else that learned from or was influenced by their contributions to the music world and enjoy it.

It's harder to sit back and let music just whiz through one ear and out the other when you write as well. You dissect and hear everything and even add or remove things you are hearing in the music while listening.

And speaking of Roger Waters, if there was just one song the entire world should hear at the same time if it were possible, it should be, and thankfully from someone with his delivery ability, the title track from his album that I beleive is one of the few that qualify as a genuine musical Masterpiece. Amused To Death

I thought the following comment a 13 year old boy posted about the song was important enough to include:

The dissapointing teenagers, kids and young adults of this generation will be amused to death with their gadgets and brainwashed with their technology. I've already got the message Roger had delivered in this song, but the young will be brainwashed still. Yes, I am thirteen years old but I want to live in the 60s where Trump isn't the president, where there isn't much technology but good television, radio, wired-telephones and the latest portable boombox at most. Yes, I use my phone to text my girlfriend, but what doesn't every teenager do? Send a letter in the post to her house. Amazing. Snapchat is a place for texting, not a bloody filter palace. I hate Snapchat for that reason but that is all my girlfriend is on :( stupid generation. Chart music is shit. I hate the 2000s, even though I was born in it.
- Zak Ramsey

Where are you from?

My roots are Italian. I was born in Ontario and currently reside in Niagara Falls, Canada. My parents were both born and raised in Italy and moved to Canada in the mid 50's and had 9 children. 8 boys and 1 girl. Almost a perfect run! Our sister say's she wouldn't have wanted it any other way. When I think of all the things we have put her through over the years, it really is a beautiful lie.

When will the music be available?

As soon as possible provided there are no delays. Things are moving along. Updates will be posted or you can subscribe for updates below.

Please use our Contact page for all general inquiries. 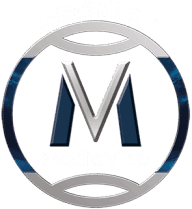